Here are some examples of bad paintless dent repair. When you go to a shop and they offer you a ridiculously low price to repair your dents. For example under $100. This might be what you would expect from that company. Notice that there is still a dent. The paint is cracked in all of the area’s that they tried to take out the dent. This is why you should never try and DIY or “do it yourself” as well. Now the panel needs to be repainted in order to fix the damage in the clear coat as well in the base coat, do to an inexperienced company. The dents in the picture are on a aluminum panel, so it takes a master in the paintless dent repair field to repair this dent properly, like Lord of the Dings. The location of the dents are on the driver’s front door and the driver’s side fender. Also, there is no picture of this but in order to repair this dent Lord of the Dings had to remove the interior trim panel. When removing the panel it was discovered that the the panel was broken in multiple places. There is an understanding of broken clips but when the interior panel is broken that defiantly shows inexperience of the company that did the R&I or remove and install. Yet another example of why you do not go with the cheapest dent repair company to repair your dents. When the dents have been mangled by another company there is only so much Lord of the Dings can do to repair the damage that has been caused. 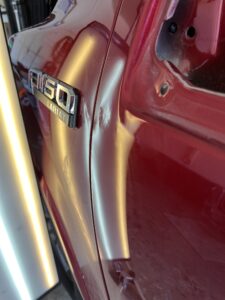 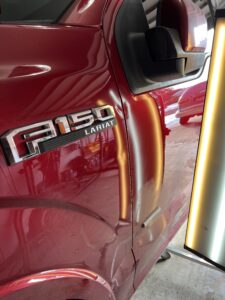 After Lord of the Dings applied their paintless dent repair or PDR process to the previously mangled dents. The finished product actually looks more pleasing to the eye. The only way to get this to look as good as it does comes with years of experience working on hail damage cars. As well as repairing all different kinds of dents on a variety of cars, suv’s and trucks. 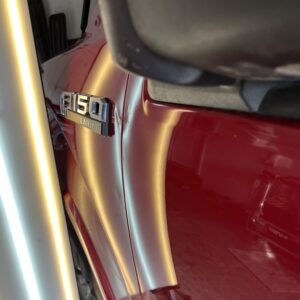 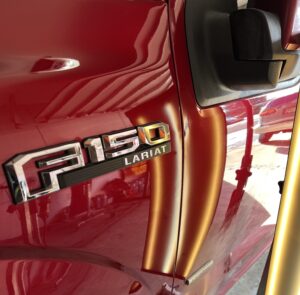 Lord of the Dings a name you can trust.

Audi A4 Here are two different examples of two different types of dents. The first before/after picture is a 2 inch horizontal crease dent on the Audi A4 drivers door

Can Paintless Dent Repair fix small dents? Why PDR is the dent repair choice for you.   If you have a car dent, there are a few things you can

Mazda CX-5 Here is an example of a four inch stretched vertical crease dent or ding. It is on a Mazda CX-5 door panel. Lord of the Dings used their

How Much Does Paintless Dent Repair Cost? Let’s face it dents happen. Whether it be from going to the grocery store and someone you parked next to opens their car

How Do We Repair Dents? Here at Lord of the Dings we repair dings, dents and hail damage cars using the paintless dent repair process or PDR for short. Now

Benefits Of Paintless Dent Repair? If you’ve ever had a car dent, you know that it can be a pain to get it fixed. The good news is that paintless

What is Lord of the Dings?

It is a Mobile Auto Dent Removal Service.  Our specialty is removing hail dents, small dents, door dings, creases, body-line dents and minor dents from automobile panels without repainting, this process is called paintless dent repair or PDR for short.