Lord of the Dings Blog Posts Is Fixing Car Dents Worth It?

Is Fixing Car Dents Worth It? 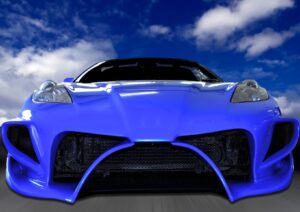 Is Fixing Car Dents Worth It?

Dents are one of the most common car problems that drivers face. Fixing them can be expensive and time-consuming, but it’s important to do it to keep your car safe. Here are four reasons why fixing car door dents is important:

1. Dents can cause air leaks. When you have a dent in your car door. It can cause air to escape from the car when you are driving at highway speeds. This area where the air leak is coming in. Will cause moisture to enter into the car and could cause mold to form or rust.

4.  Dents can devalue your car or make it worth less. Having a lot of small dents throughout your car can make the vehicle worth less. When you go to sell it or trade it in.

When it comes to car damage, dents and dings are common culprits. Here are some of the most common causes of car damage:

A car can get dented in an accident if it slams into another car, or if it falls onto its side.

If you encounter flying debris that hit your car, like a rock, branch or a hail stone. The impact can cause a dent.

If you open your car’s door and it slams into something. Like a post, the impact can cause a small to medium sized dent. Or someone’s car door opens and slams into your car door. It can leave a door ding in your door and the other person’s door can also be dented.

-Road Hazards: Road hazards can include potholes, uneven pavement, and sharp objects that can puncture your car’s body.

When in cold weather, ice can form from a heavy snowstorm on a metal roof of a house. Then a sheet of ice can slide down and cause damage to the car’s bodywork. If the car is parked underneath the roof’s awning.

In any scenario, it is important to take care of your car and it’s body condition for many reasons and get repairs quickly before its too late.

However, there are also disadvantages to repairing car door dents. If the dent is large or affects the function of the door. Repairing it may be more expensive than buying a new door. Additionally, if the dent is not repaired, it may become a safety hazard. As it may become difficult to open the door. Ultimately, it’s important to weigh the pros and cons of repairing car door dents before deciding whether or not to do it.

If you don’t repair your car door dents, the metal will continue to rust if the paint is cracked or if the metal is stressed the paint will eventually crack causing more rusting of the metal. Rust will also start to form on the surrounding metal make the dent bigger by eating the metal around it, making it difficult to repair. If left untreated, these dents can also cause other damage to your car.

There are a many reasons why repairing car door dents is worth your time. First, dents in car doors can often lead to other issues. If the dent is large enough, it can cause the door to not close properly, which can lead to other problems. Additionally, dents can cause the door to rust, which can be a costly problem to fix. Second, repairing car door dents can often be cheaper than replacing the door.

So, Who Do I Call To Get PAINTLESS DENT REPAIR IN COLORADO SPRINGS?

Paintless dent reppair (PDR) is a type of repair that is done without the use of any type of paint. PDR is a great option for repairs on car panel metal surfaces cause it is a very fast and cost effective repair. When a metal surface is dented, the metal is likely to start to rust if the paint is cracked and the metal is stressing the paint, thus cause cracking of the paint in the future if not repaired. This rust will cause the dent to deepen and can even cause the metal to fail.

PDR fixes dents without causing any additional damage to the metal. To perform PDR, a technician will use a special tools to push or massage the dent out. Once the dent is out, the dent is removed permanently. Because PDR is a fast and cost affective repair, it is a great option for repairs on car panel metal surfaces.

If you are looking for a quality paintless dent repair company, then you need to check out Lord of the Dings. As a company, we have a reputation for providing high-quality work, and they are known for their exceptional customer service. If you have a dent in your car that does not require traditional body work with bondo or fillers, then you should consider using Lord of the Dings.

Dent repair is important because it can help to restore the look and function of your car. A dent in the door can often cause difficulty in closing or opening the door, and can also affect the aesthetics of the car. By getting the dent repaired, you can avoid having to replace the door altogether.

Paintless dent repair (PDR) is a great way to fix small dents in your car without having to replace the entire door. PDR is a process where special tools are used to remove the dent without damage to the surrounding area. PDR is a great option for people who don’t want to devalue their car by repainting it or filling the panel with bondo or plastic fillers.

If you are looking for a quality paintless dent repair service in Colorado Springs, then you need to look no further than Lord of the Dings. We have years of experience working on all types of vehicles, and will do our best to get your car looking like new again. Plus, our prices are considered very reasonable, so you won’t have to worry about spending a lot of money on this service. If you are in need of paintless dent repair in Colorado Springs, then you should definitely give Lord of the Dings a try.

Hello everyone this is my first blog post.  I hope this is the beginning of a long successful journey of blog publications from Lord of the Dings a paintless dent

How Do We Repair Dents? Here at Lord of the Dings we repair dings, dents and hail damage cars using the paintless dent repair process or PDR for short. Now

How Much Does Paintless Dent Repair Cost? Let’s face it dents happen. Whether it be from going to the grocery store and someone you parked next to opens their car

Tesla Model S Here is an example of a dent that was left on this 2019 Tesla Model S after the customer came out from the store. The paintless dent

What is the difference between conventional dent repair and paintless dent repair (PDR)? There are many reasons why someone might need car dent repair services. A dent can occur when

What is Lord of the Dings?

It is a Mobile Auto Dent Removal Service.  Our specialty is removing hail dents, small dents, door dings, creases, body-line dents and minor dents from automobile panels without repainting, this process is called paintless dent repair or PDR for short.